Flick Chafer-Smith is a Ngarrindjeri artist and Torch staff member who creates geometric, tessellated paintings inspired from moments in her childhood and stories passed on to her.

It is important to me to share my memories with others, and the continuation of knowledge being shared. Painting for Flick is a calming process and she loves tessellating patterns that take time and patience to get exact.

During, it is relaxing and almost trance like. I can lose hours painting, just zoning out and reminiscing on the memory I am recreating through the painting. After, different pieces can bring our different emotions. Sometimes it’s a sense of relief, having an image in my head come to life just the way I had planned. Sometimes it’s overwhelming pride, especially when people can really understand what I’m trying to share with them. Making art gives me a way to express things that arise, which before I would have used drugs to suppress.

Art has changed Flick’s life in so many ways. Because of her art she has connected with her family who live back home on Country,

They give me inspiration for my paintings and share with me language and photos. Also, I learnt about the tools my mob would use for gathering & hunting and my mob’s style of painting from the resources Chris put together. It is an ongoing journey of learning that the Torch played a major role in initiating. 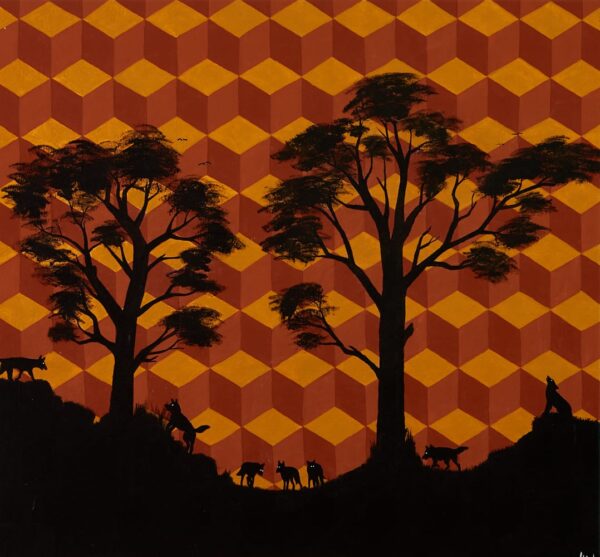 Flick thinks her art practice gave her an identity to build on and felt accepted in the world as an artist. It has changed her as a person because she has re-evaluated boundaries that stopped her from attempting things in the past.

The Torch has given me so much, much more than I ever thought possible. I now have a job because of the Torch, I have a secure income to support my family. I am apart of something bigger, like exhibitions and a team. The Torch has been so supportive of me and I now feel like anything is achievable. When I was in jail, I was identified by my crime, by my crn, by my surname. But now I have my own identity, I am creative, I am an artist, I am Flick. When I used to put my name into google, news reports of the bad choices I’ve made in my life would appear. But now, I have things appear that I’m proud of, because I am a part of the Torch program.

Flick finds it humbling to be able to share her story with others through art. As people who don’t know her take their time to see what she has to say or paint, she feels special and worthy. Check out the latest works from artists like Flick in The Torch online gallery.