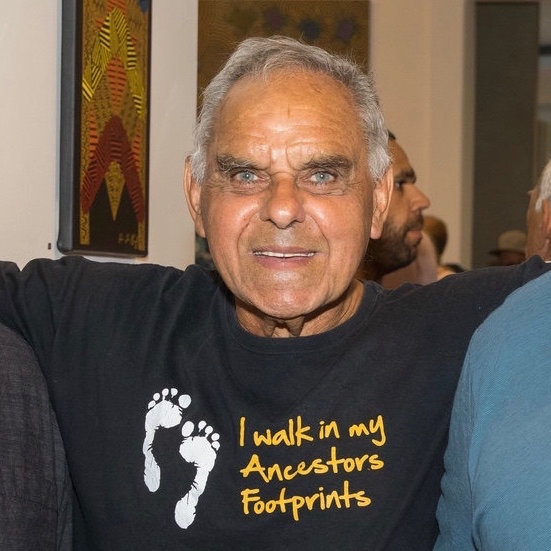 The Torch is honoured to have Jim Berg as our inaugural patron.

Jim Berg is an Elder of the Gunditjmara people of South-Western Victoria. Uncle Jim was the founder of the Koorie Heritage Trust Inc and was involved in the establishment of the Victorian Aboriginal Legal Service. He was a leading figure in a legal battle that resulted in Aboriginal human remains held by the University of Melbourne and the Museum of Victoria being returned to Country and reburied.

Uncle Jim is co-author of The Power and the Passion: Our Ancestors Return Home and has been a Justice of the Peace for nearly 50 years. He was the inaugural Chair of the Victorian Aboriginal Heritage Council and served as a Council member for 12 years He has also served as a member of the Adult Parole Board, and as an Elder on the Koori Court.

Uncle Jim maintains a dedicated commitment to supporting incarcerated Indigenous community members and has been an inspiration and constant advisor to The Torch and its staff.

He is also a poet and takes deadly photos.